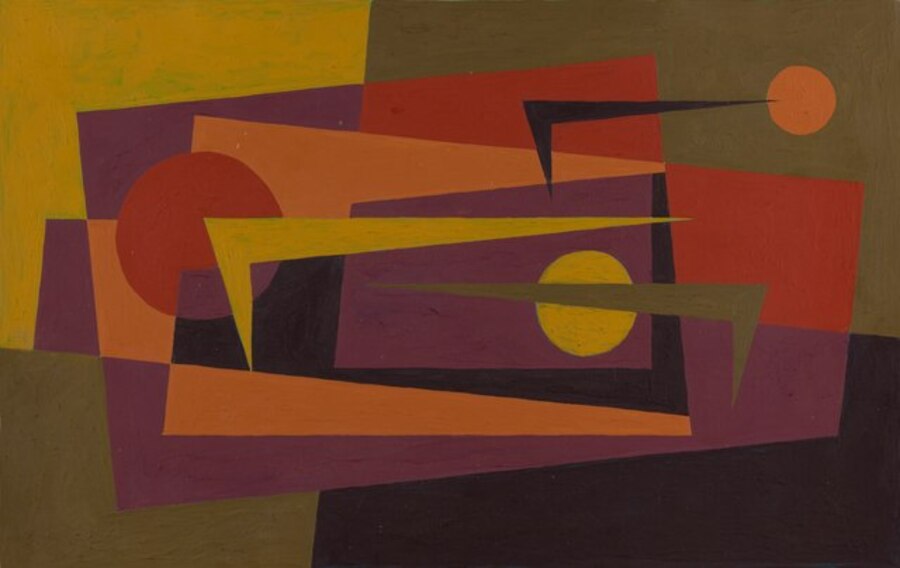 Swedish Finland is a front runner when it comes to art as open data. Konstsamfundet has, aided by Projekt Fredrika and Wikimedia Suomi, made the artist Birger Carlstedt’s art available to everyone under an open license. Konstsamfundet is an association that supports arts and different fields of culture for the Swedish speaking Finns in Finland.

Since June 2020, 40 of Carlstedt’s works of art have been made digitally available to the public through Wikimedia Commons at https://commons.wikimedia.org/wiki/Category:Birger_Carlstedt.

It is the first time an art museum opens up a collection this way while the copyright is still in force.

“Konstsamfundet has made Carlstedt’s artwork available without restrictions, which means that anyone can download the images and use them freely. This makes Konstsamfundet and the Amos Rex Museum front runners in openness. Never before has an art museum opened a collection in a similar way when the copyright is still in place and less than 70 years has passed since the artist’s death.” says Tove Ørsted, who is a member of Wikimedia Suomi’s board and has many years of experience with the Wikimedia network GLAM (Galleries, Libraries, Archives and Museums) 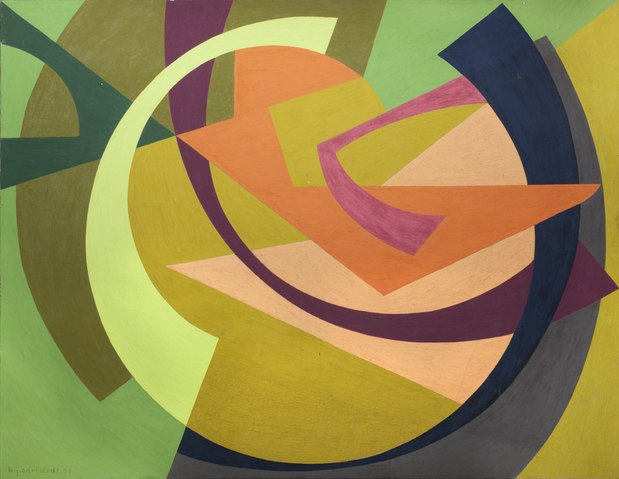 The copyright for artistic work applies during the creator’s lifetime and for 70 years after their death. After the creator’s death, the heirs decide how the work may be used.

Birger Carlstedt passed away on October 3, 1975, almost 45 years ago. He had no heirs and left his entire inheritance to Konstsamfundet. This means that Konstsamfundet received both copyright and commercial rights, and consequently owns the rights to images of the artwork.

As the artwork is now available on Wikimedia Commons, Konstsamfundet disclaims the copyright and makes Birger Carlstedt’s heritage digitally available to the public. 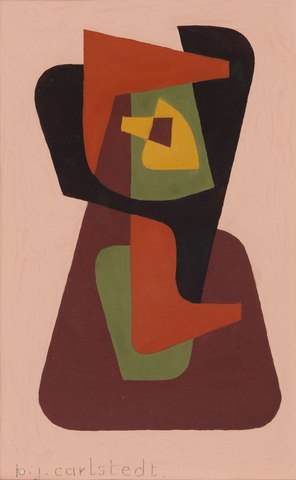 “Open data has a very central role when it comes to the survival and dissemination of art and culture,” says Stefan Björkman, CEO of Konstsamfundet. “The exhibition of Birger Carlstedt’s artwork at Amos Rex in the fall of 2019 aroused great interest and this provided an excellent opportunity to set a good example.”

John Birger Jarl Carlstedt (12 July 1907 in Helsinki – 3 October 1975 in Helsinki) was a Finnish-Swedish painter and a pioneer of Modern Art in Finland. His painting style went through various changes, with influences from Impressionism, Expressionism, Futurism and abstract art. This is the start of the article about Birger Carlstedt in English Wikipedia. statistik för engelska? 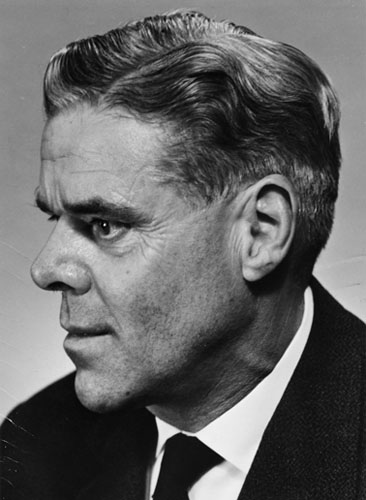 The publication of Carlstedt’s artwork is likely to increase the popularity of the article. Carlstedt is represented on Swedish, Finnish and Chinese, and Projekt Fredrika has created articles in French and German.

When we uploaded the artwork to Wikimedia Commons, we also transferred valuable data about Birger Carlstedt’s artwork and artistic heritage to Wikimedia Commons and Wikidata, including titles in four languages, dimensions, technique, materials and year.

In addition, the artwork is linked to relevant categories and instances of Wikidata. This improves searchability, and links the work of art to both the artist and the current owner. 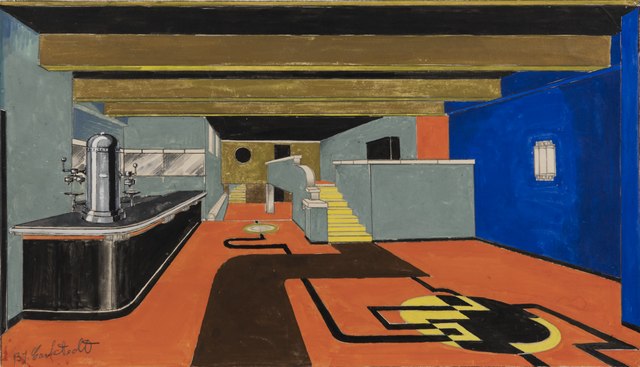 Susanna Ånäs, who is the GLAM coordinator of Wikimedia Suomi, played a crucial role in this process. She is pleased about the fact that Birger Carlstedt now is well represented on Wikipedia, Wikimedia Commons and Wikidata. The fact that Birger Carlstedt’s art is listed on Wikidata means that it will show up when you do specific searches, such as drawings made with black chalk.

Robert Silén, Wikidata- expert for Projekt Fredrika, has made the above search available as a Wikidata request at https://w.wiki/UQo. According to this request, Birger Carlstedt’s Moroccan Woman is now one of 803 drawings made with black chalk that are available on Wikimedia Commons. 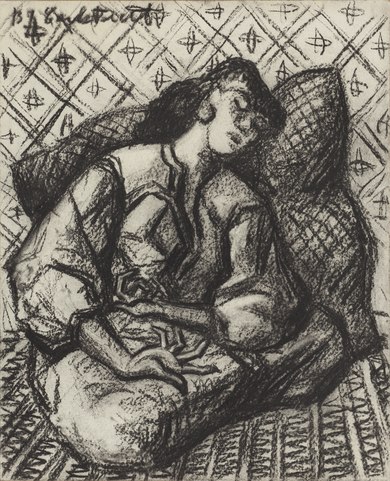 If the search is limited to artwork created by artists born after 1850 (https://w.wiki/UaL), the result is 92 works - including drawings by Vincent von Gogh. If the search is further limited to include artists who died later than 1940 (https://w.wiki/UaQ), only five results are available, including Moroccan Woman. The other four have all been made available because the artist died over 70 years ago - Birger’s artwork is the sole example of proactive open data!

Projekt Fredrika improves the coverage of Swedish Finland and Swedish in Finland on Wikipedia, in Swedish and other languages. Read more about us ( Project page on Wikipedia, Projektisivut Wikipediassa, Projektseite in Wikipedia, Page du projet sur Wikipédia, страница проекта в Википедии ) and follow us on Twitter, Facebook or Instagram.