In June 2020, artwork by the Finnish artist Birger Carlstedt was made available on Wikimedia Commons. This was the result of several months of collaboration between Projekt Fredrika, Wikimedia Suomi, Konstsamfundet and the Amos Rex Museum, which is owned by Konstsamfundet. Konstsamfundet is an association that supports arts and different fields of culture for the Swedish speaking Finns in Finland.

In this post, we will open up the process and share our experience. If you want to read about why this is so groundbreaking, please read our post “Birger Carlstedt’s artwork is now on Wikimedia Commons”.

The idea of uploading Birger Carlstedt’s works to Wikimedia Commons was born in conjunction with the exhibition in Amos Rex in the fall of 2019, during discussions between Stefan Björkman, CEO of Konstsamfundet, and Kaj Arnö, Chairman of the Board of Projekt Fredrika. 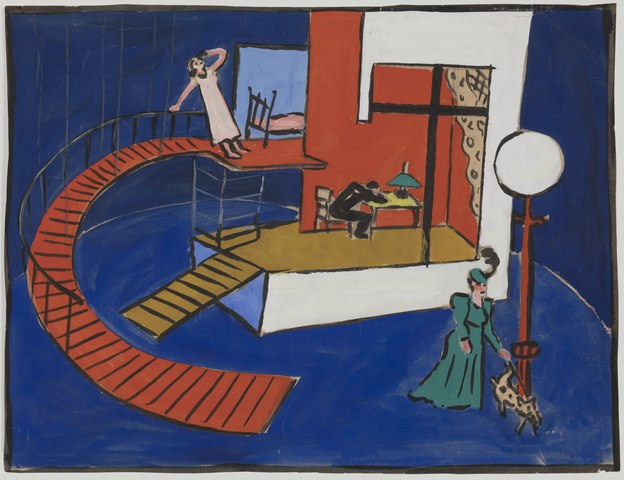 Kaj and Stefan met while it was still okay to do so.

The first concrete step was that Synnöve Malmström, curator at Amos Rex, collected photographs of 40 of Birger’s works of art for Projekt Fredrika, and compiled detailed information about the works. Malmström’s lists included the titles of the artworks in four languages ​​(Swedish, Finnish, English, French), year, dimensions, technique and material.

Our next step was to determine the best way to transfer the images as well as the metadata to Wikimedia Commons and Wikidata. Our goal was to do this in an exemplary way and link the artwork to the proper categories and Wikidata instances, in order to improve searchability as well as ensure that the artwork is correctly linked to both the artist and the current owner.

Lina Winqvist contacted Wikimedia Suomi, and began to investigate how it could be executed together with Lajos Parkatti, Susanna Ånäs, Tove Ørsted and Kimmo Virtanen. 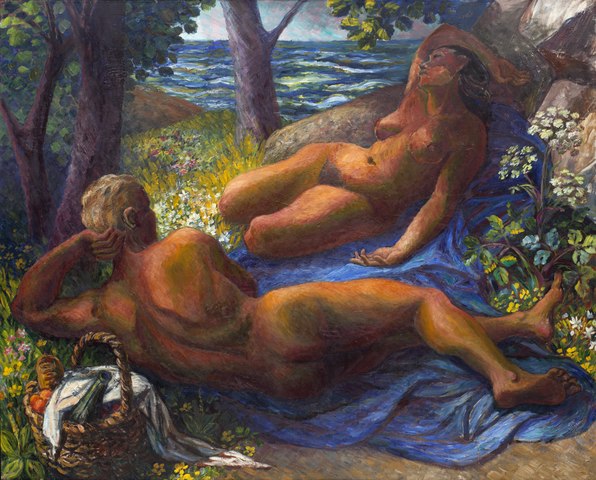 We met several times, under more professional circumstances than the characters in Birger’s picnic.

The technical part of the process

Susanna Ånäs was indispensable in the technical part of the process. She showed us Wikimedia Commons’ tool Pattypan, which was developed in order to facilitate the transfer of larger amounts of images and metadata to Wikimedia Commons.

Before the transfer could be completed, the metadata had to be correctly processed in spreadsheets and coded. Susanna also helped us to link the images to Wikidata by creating Q codes for the artworks in question. Robert Silén, Lajos Parkatti, Lina Winqvist, Tove Ørsted and Kimmo Virtanen contributed in various ways to this part of the process. 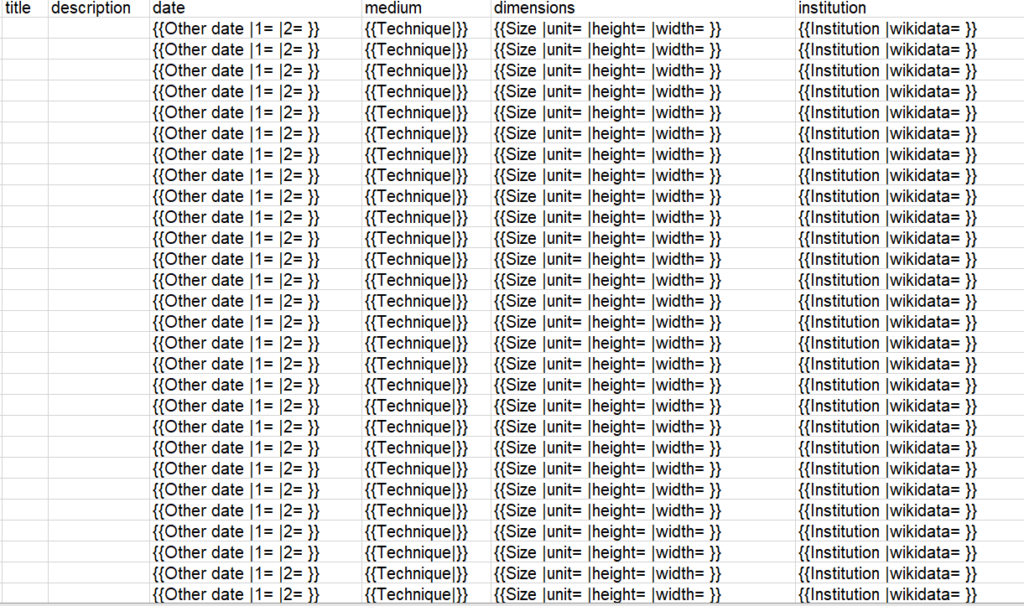 Cells waiting for the relevant data

Wikipedia has a process in place in order to ensure, to the extent it is possible, that anyone who uploads someone else’s images has the right to do so. The images must either be published on another site under a free license (eg CC BY-SA 4.0) or they must be approved by OTRS (https://commons.wikimedia.org/wiki/Commons:OTRS).

OTRS stands for Open-source Ticket Request System and is a system for managing license permissions for files uploaded by anyone other than the copyright owner on Wikimedia Commons. In order for a file to be approved, the owner (in this case Konstsamfundet) must send a written consent following a specific template to permissions-sv@wikimedia.org. 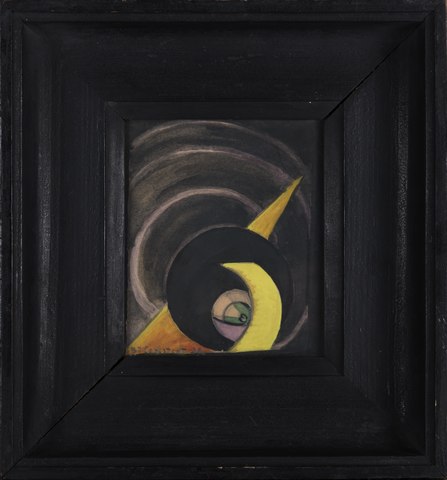 Some parts of the project were more frightening than others.

The fact that Wikipedia is a collaborative project became very clear in the process of uploading Birger Carlstedt’s artwork to Wikimedia Commons. Without all the help we received from various people, especially Wikimedia Suomi and Amos Rex but also Wikimedia Sverige and active users on Wikipedia and Wikimedia Commons, we would never have been able to complete the project.

In addition, we received helpful tips and advice when we openly asked for help on Wikipedia. Although we received a lot of help along the way and Wikipedia has tools and processes that facilitate these types of projects, there were a lot of setbacks, fruitless attempts and mistakes before the project was completed. 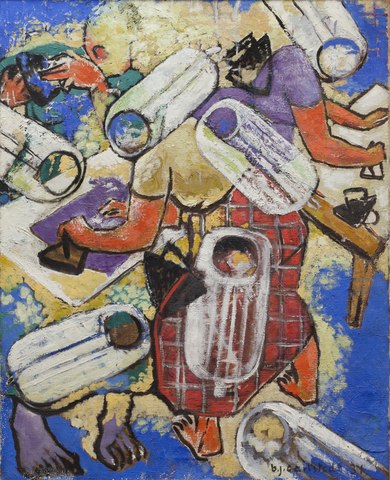 Many people helped in many ways to reach this goal.

Our plan was originally that the artwork would be published on Wikimedia Commons in connection with the Hack4fi event on March 13-15, 2020 at the Finnish National Gallery Ateneum in Helsinki. The event was cancelled due to the Corona crisis, hence we are celebrating Birger’s art a bit later than planned, during Hack4openGLAM.

Projekt Fredrika improves the coverage of Swedish Finland and Swedish in Finland on Wikipedia, in Swedish and other languages. Read more about us ( Project page on Wikipedia, Projektisivut Wikipediassa, Projektseite in Wikipedia, Page du projet sur Wikipédia, страница проекта в Википедии ) and follow us on Twitter, Facebook or Instagram.